Redemption (and a Recommendation)

Do you believe that people can truly change for the better?

For many people the idea of redemption is integral to religion or personal philosophy. In the context of novels, however, I'm becoming convinced that a book's flavor depends a lot on whether the author has an underlying belief in redemption.

Based on their books I would guess that some authors don't subscribe to that philosophy. I would say they are probably more of the mind that people do change, frequently, but not necessarily for good or ill. They simply become a different version of themselves through age and circumstance. And I understand the thought behind that idea. All of us face choices every day; sometimes we make good decisions and sometimes not. Nobody is always good or always bad.

But other authors, whether they realize it or not, very clearly do believe in redemption. Any story about "the power of love" or about a hero whose internal convictions overcome negative circumstance is, in my view, a story of positive change. Obviously any tale of a villain seeing the error of his ways and making a change is a redemption story. (And now all I can think of is Despicable Me.)

Personally I'm a sucker for redemption stories. I love to watch someone who is flawed become less flawed through the conflicts that arise in a story. I love to see that internal struggle as an anti-hero recognizes his shortcomings and determines to change.

This is one of the reasons I'm loving the Daughter of Smoke and Bone series by Laini Taylor. It is, in essence, about two people who desperately seek redemption, but whose circumstances constantly make that goal harder and harder to reach. It's a long, painful road to redemption, and they don't always make the right choices. Their ultimate success is not guaranteed (and with the series still in progress, it's impossible to know for certain what will happen). And yet they are trying, and there is hope.

It's difficult to say what exactly the books are about without giving away too much of the story. I can say this much: they're about a blue-haired girl living in Prague who is an art student on the surface, but who has a secret life collecting teeth on the side for the monsters who raised her. Intrigued? Just wait. There's so much more to the story.

It's a totally fascinating series, with a gripping plot and characters who feel very tangible. It's creative and stunning and beautiful. Best of all, it explores this in-depth struggle for redemption in ways which I've seen few other YA books do.

So what about you? Do you like redemption stories? What are your favorites?
Posted by A. Lockwood at 4:19 PM 2 comments:

Well, from all appearances it looks like these days all the blogging I'm doing is in response to memes I've been tagged in. Sorry about that! I have several book recommendations I'd like to write up, hopefully soon. In the meantime, here's the meme, thanks to Paul Shortt. 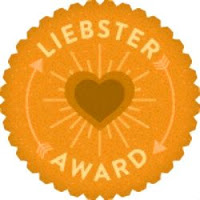 This particular meme is the Liebster Award, and it has its various rules and questions and... well, I'm not much good at following rules when it comes to memes, so I'll just make up my own.

The first rule was to share 11 facts about me. I think I'm just going to stick to one. I find that more interesting. And this is my one fact:

The thing that has surprised me most about writing is how much I enjoy doing the research. I never liked writing papers in school, and the research for them always annoyed me. I could see the point of doing it, but I could never apply the research to anything long term. When it comes to books, though, the research suddenly becomes fascinating. One of my most recent research subjects was British currency from the 1840s. I looked up what different coins were in circulation at that time (some of it was really quite confounding), and how much a typical family in London might spend on various necessities. I loved learning all the information. It truly fascinated me in ways that it never would have if I'd been doing the research for a term paper.

The next rule was to answer 11 questions from Paul. This I'm happy to do. My modification: I'd love to see Paul's answers to all of these.

And that's it! I don't think I'll tag anyone, but if you'd like to do the meme, please go ahead! Paul had some really great questions, so go ahead and use those.