Thought process of the afternoon:

Hey, I should write a blog post. It's that time of the week.

Oh, I see some green yarn on my desk. I wonder if there's anything interesting in that. It's been there forever. Ever since... let's see... probably about a year ago. I had this grand plan, see. I was going to be all DIY and make some ties to hold back the curtains in the nursery that would match the colors in the room. I even finished one of them. And now it's been months. The other one is never going to happen. So much for trying to save money doing it myself.

I wonder if there's some analogy in that to make into a fun post.

Oh look, there's something else on my desk that never got finished. I'm seeing a trend.

Wow, my desk is really not a good place for trying to come up with ideas. There are way too many things around here that need to get done.

Didn't I just sort through all those papers last week? How have they already multiplied??? I am never going to clean all this up!

Whatever. If I ignore them, maybe I can be productive.

Oh, huh. I'm already at the end of my thoughts and I still have no idea what to write about. Guess it's a good thing I have a series all planned out for next month!

This post doesn't really feel finished. Oh well. Evidence would suggest that if I don't post it now, it'll never get finished.

Pooooooost.
Posted by A. Lockwood at 4:44 PM No comments: 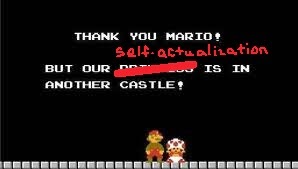 And if the shell game tricks you and you find yourself miles from where you want to be, find a new goal and start again.
Posted by A. Lockwood at 3:26 PM 2 comments:

If you think writing is lonely, you're doing it wrong.

I used to think I was happy sitting in my little three foot square of desk space, all on my own, not interacting with other writers. I was so very mistaken. My critique group (which deserves a post of its very own one of these days) was my first introduction to the wonderful literary community. ArmadilloCon was the next. And finally, a little behind the curve, perhaps, I jumped into social media and discovered so many lovely people who made writing become not a bit lonely at all.

You know the wonderful thing about friends? They're happy when good things happen to you, and vice versa. Well, a lot of big, exciting things are happening for my writer friends lately, and I'm ecstatic for all of them. Three in particular have their very first books coming out later this year or next, and I just love sharing in their joy. Each of these books is a dream come true for its author.

I met Marshall at ArmadilloCon several years ago when we were two of the many unagented hopefuls, aspiring to have our names in print one day. He was the first to cross over to "the other side of the table" from workshop student to teacher. He's the kind of person who represents everything I love about the writing community--the determination, the can-do attitude, the generous encouragement to other writers--so I'm delighted that he finally has a book coming out next year!

Charlie is one of my newest writer friends. Our agent put me in touch with her, and I've really enjoyed talking to her and watching as she prepares for her first book release. I'm sooooo excited about this book, you guys! It sounds absolutely amazing, and I am really looking forward to September 1st when it finally comes out. It's totally my kind of book. Seriously, go read about it--you'll be hooked too!

I am a big fan of Stacey. I met her through Pitch Wars a while back and immediately clicked with her over a bunch of random things. She's an incredible critiquer and really opened my eyes to some big issues with my writing. She told me about her book when we met--I loved the idea of course--and I was so happy to hear when it found a publisher.

Each of these three people is an inspiration to me. I will be reading all three of these books as soon as they are available, and I hope that you will consider doing the same.
Posted by A. Lockwood at 8:00 AM 2 comments: