If you've been around here long enough, you may remember Paul Shortt from his blog tours for Locked Within and Silent Oath. The final book of the trilogy, Memory War, has just been released, and Paul's here to talk about one of the key underlying mechanics for the series: reincarnation. Here's what he has to say about why he chose to go that direction for these books:

A major element of The Memory Wars is reincarnation. When I set out to write the first book, I knew I wanted to try something different with it. Typically, reincarnation is the purview of prophecies, the Chosen One, or fated lovers. I didn't want any of that.

No, in the world of The Memory Wars, reincarnation is as common as magic spells and vampires. It's just one more aspect of life. Granted, it comes with ideological conflict between those who view death and rebirth as the natural cycle, and those who fear that only a person's memories survive the process, and the vital essence of who they once were is lost forever.

To the former, the reborn and their conclaves, reincarnation is the chance to live a full life again. The chance to find lost friends, to experience new things. But of course, with that comes another lifetime suffering through the challenges and pain of a typical person's life. And that's to say nothing of the kinds of problems faced by more adventurous reborn like Nathan Shepherd.

So why would I call reincarnation the "ultimate" afterlife?

Let's consider how the afterlife is often represented in fiction. Two examples which spring to mind are Supernatural and Toy Story 3.

In Supernatural, Heaven is depicted as a place where each soul gets to relive their happiest memories. That seems nice, but there's definitely a finite number of happy memories to be experienced, depending on how happy someone's life was. And then there's the fact that most people who die seem to be unaware that they're in Heaven. It's more like a dream, where they don't realise it isn't real. In a sense, when good people die, most of them don't even know that they're being rewarded. But even for those who do, and for the rare few who manage to create a Heaven that's more than just a memory, they know it's not real. It's an illusion. Eternity being granted everything you could desire might sound nice, but eternity is a long time...

It might seem strange to bring a children's movie into this, but at its heart, Toy Story 3 is about death. It features several different stages of the afterlife, from the idea of limbo (the attic), purgatory or Hell (the daycare centre as we first find it), oblivion (the furnace), and finally the last two, Heaven (the daycare centre once Lotso has been removed) and reincarnation (when Woody and the others are left with Bonnie). We even see the potential for immortality (Woody's hope to go with Andy to college). Now, while Heaven is depicted as being pretty great, and everyone is happy and content, the happiest ending comes for the toys who are reincarnated. Even Woody gives up his chance at immortality, because it's not as fulfilling as getting to really live again. The toys have been through the worst, and they receive the greatest reward, experiencing active and fulfilling lives. Even the way some toys recall their previous owners echoes how the reborn in The Memory Wars remember their past lives.

Why would Heaven, ostensibly the greatest reward anyone can receive, always be tinged with a little bit of murk? I think the answer is simple.

Life is not all good or all bad. It is struggle and reward, together. Good things mean so much more to us when we've earned them, when we feel we deserve them. In order to do that, we have to overcome obstacles and challenges. While Heaven is amazing, life is better. And only reincarnation offers another chance at life. The secret is to make each life worth living.

This is something that Nathan Shepherd is forced to consider in Memory War. As his enemies amass their forces, he wonders why he should keep fighting, when there will always be someone else to fight, and even when he dies, he'll come back, just like his enemies, and the fight will begin all over again. Sometimes, the fight isn't about winning, it's about making sure the dark knows there will always be someone to stand against it. 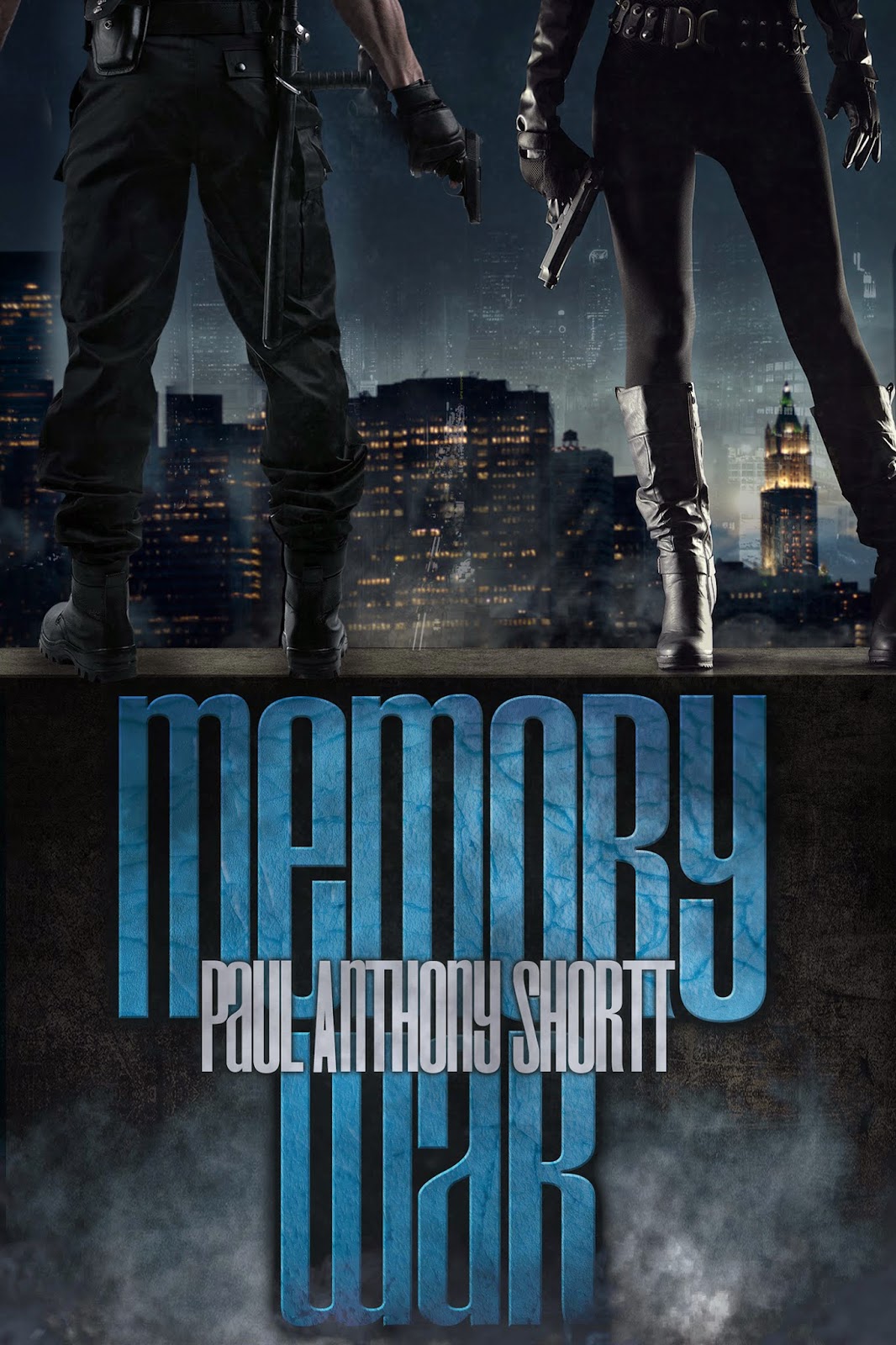 War is coming to New York. Nathan Shepherd's growing band of followers is dedicated to protecting the city, but they now face their greatest threat.

Athamar returns, plunging the city into chaos. Uniting the forces of darkness against Nathan and his allies, Athamar strives to discover a secret hidden for thousands of years. A secret lost to Nathan's memories. Something so dangerous, even the gods themselves fear it.

Nathan and Elena were once the greatest of heroes, champions against evil. Now, haunted by Nathan's past-life betrayal, they must work together and brave the pain of long-buried lifetimes. Somewhere, locked within their former incarnations, lies the key to stopping Athamar, an enemy who has hunted them from one incarnation to the next.

As the city burns and innocents suffer, as heroes fall and hope dies, Nathan and Elena face their final battle, a battle where legends will be reborn. 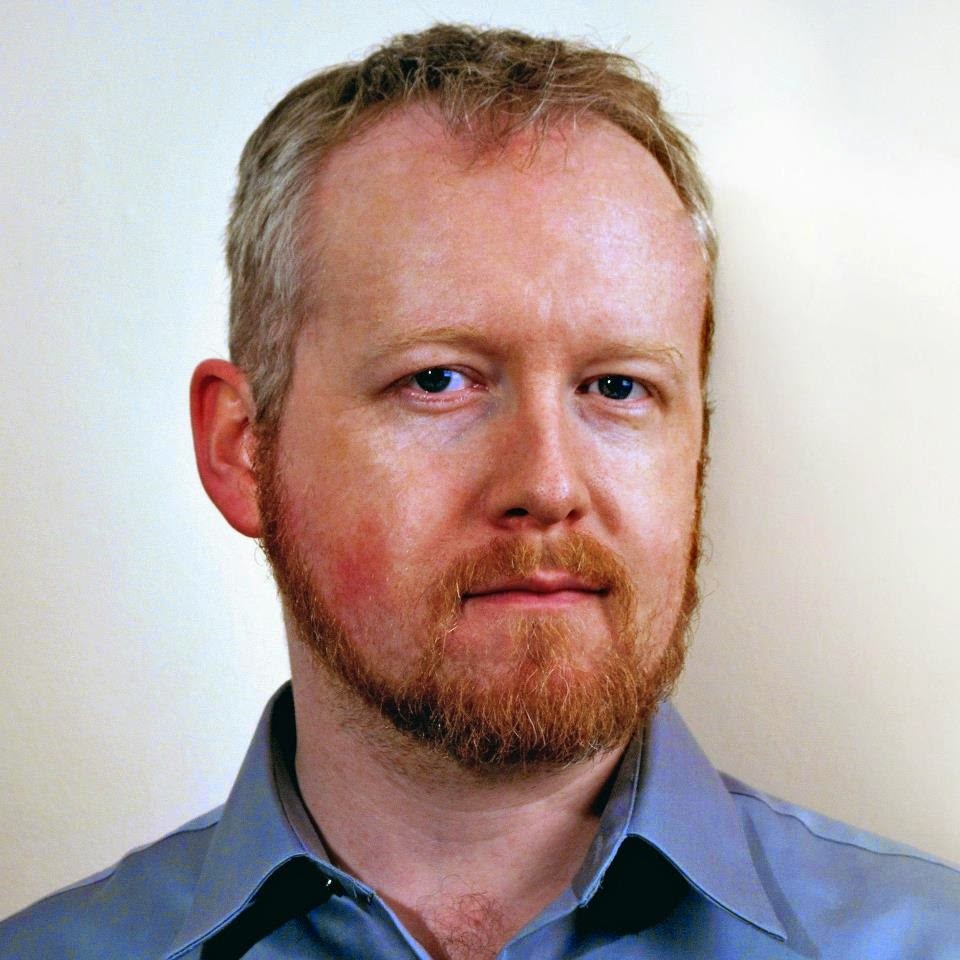 A child at heart who turned to writing and roleplaying games when there simply weren’t enough action figures to play out the stories he wanted, Paul Anthony Shortt has been writing all his life.

He lives in Ireland with his wife Jen and their dogs, Pepper and Jasper. Their first child, Conor William Henry Shortt, was born on July 11th, 2011. He passed away three days later, but brought love and joy into their lives and those of their friends.

The following year, Jen gave birth to twins, Amy and Erica. Their fourth child, Olivia, was born in January, 2014.

Connect with Paul on Facebook and Twitter, or on his blog.
Posted by A. Lockwood at 12:00 AM