Three Act Structure and the Saga of the Glasses

I got new glasses last week. (Last week? Really? Seems like I've had them forever already.) I'm not sure what I think of them yet. I like seeing the world clearly again, but they don't look quite as cool. According to (*ahem*) "a certain member of my household" (*ahem*) they are the mom jeans of glasses. But then, my last pair was a super spiffy frameless kind that just didn't hold up with a toddler in the house. What do you think? 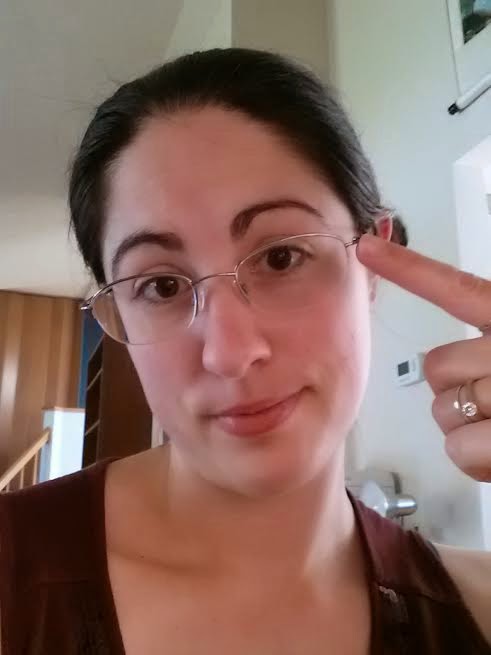 If you follow me on Twitter, you may already be privy to the saga of the glasses. It was told in three parts, on three different days, It occurred to me that, silly as it was, it was an excellent model of three act structure.

This is our introduction. We have a protagonist (me! *waves*) and an inciting incident (acquiring new glasses). We also have a small obstacle introduced with the inciting incident that must be overcome (adjusting to the depth perception).

[Apparently this was from the astigmatism, and was it ever strange! I drove home with the old, broken glasses because I couldn't bear to look long distance for more than an instant.]

As you can see, the first obstacle was overcome. But right on the heels of victory came a new, more difficult challenge: the glasses didn't fit! (Seriously, it was so annoying to have them falling off my face every time I bent my head more than 20 degrees.)

I tried to look up options for fixing them myself. Thus I came to the midpoint of my saga: the realization that I could not fix them on my own, and that if I tried I would likely break them(!).

I called the office where I'd gotten the glasses, but they were not open. Disaster upon disaster! What would I do?

Fortunately, the office opened again at a convenient time the following day. I drove over as soon as they opened, and they quickly assisted me. All was well.

I guess three act structure really does exist in the real world!
Posted by A. Lockwood at 2:18 PM